David has worked in the roofing business for more than 20 years, but his participation in construction and hard work have been a huge part of his life for even longer. Born in San Angelo and raised in Bronte, Texas, David learned early the importance of hard work from his father and great grandfather on the family farm. Bronte was a very close-knit community where David excelled in sports and learned the importance of family and friends.

He attended Angelo State and Tarleton State Universities as well as UT at San Antonio studying music as his major. After college, while doing ministry and service work with YWAM in Tyler TX, David felt a call to return to the workplace. He began taking on various contracting work until his brother invited him to join him in the roofing business.

David serves as President and CEO of Ja-Mar Roofing & Sheet Metal and still enjoys a wonderful relationship with the company’s founder, James McKinney, and his wife Marlyn. James continues to serve as a senior consultant to the company. 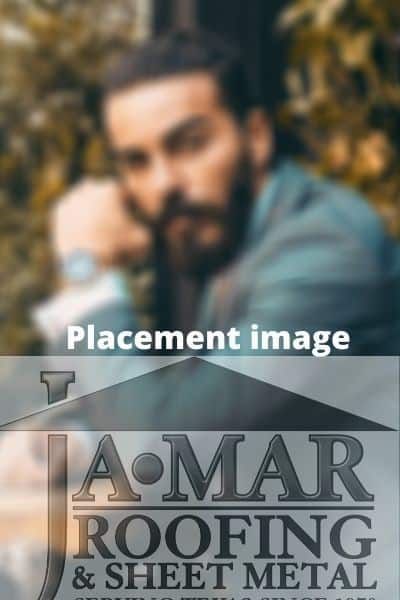 In recent years, vast improvements in roofing technology have provided more options than ever for roofing replacement and roof repair. At Ja-Mar, we have the expertise to evaluate your existing roof system and determine the most effective solution to meet your objectives. For more than five decades, we have maintained an uncompromising commitment to the highest standards in roofing sales, service, and installation. We’re also licensed and certified by the Roofing Contractors Association of Texas, which set the standards for roofing across the entire state.

If you are looking for a quality roofing contractor in Texas, we thank you for your interest in Ja-Mar Roofing & Sheet Metal and invite you to browse our website to learn more about our roof repair and replacement services. We look forward to working with you on your roofing project.

SOME OF MY PROJECTS

"Customer satisfaction gets 5 stars from me. ????"

"Superior professional service! ... A positive experience from start to finish. I would highly recommend Ja-Mar."

"The roof looks great everything went smooth with the insurance company and we felt like we were treated like family. Highly 100% recommend!!!"

"We had our entire roof and new addition done ... The crew was fantastic, fast and detail oriented. The roof looks fantastic with the Charcoal Timberline HD shingles! Highly recommend Ja-Mar..."