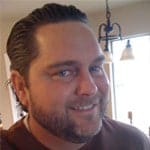 David has been working in the roofing business for more than 20 years, but his participation in construction and hard work have been a huge part of his life for even longer. Born in San Angelo and raised in Bronte, Texas, David learned early the importance of hard work from his father and great grandfather on the family farm. Bronte was a very close knit community where David excelled in sports and learned the importance of family and friends. He attended Angelo State and Tarleton State Universities as well as UT at San Antonio studying music as his major. After college, while doing ministry and service work with YWAM in Tyler TX, David felt a call to return to the workplace. He began taking on various contracting work until his brother invited him to join him in the roofing business. After many years of working with Hartman Roofing in West Texas, In 2005, David’s company, DL Phillips Construction, Inc. acquired Ja-Mar Roofing & Sheet Metal, a well-established, local Austin icon. Today, He serves as President and CEO and still enjoys a wonderful relationship with the company’s founder, James McKinney and his wife Marlyn. James continues to serve as a senior consultant to the company.

David and his family reside in Austin, Texas where Ja-Mar Roofing & Sheet Metal has been based for more than 40 years. He is proud to be at a company that has obtained the exclusive status of Master Elite Roofing Contractor for GAF Materials Corporation, a status only 3% of roofing contractors in the U.S. have achieved. Although he has become an expert in residential, commercial, and historic roofing, he also holds an interest in both real estate and sports marketing. In his spare time David enjoys golf, music, and spending time with his wife Jacque, daughters Kenedee and Isabella, and granddaughter Brilee.